There are some great new books from some of my favourite authors out this month. Kelley Armstrong, Charlaine Harris, Jeaniene Frost and Sarah J. Maas are all amazing authors with new books though I’m not up to date with all of their series just yet. I’m also really looking forward to Catana Chetwynd’s In Love and Pajamas. Her first collection of comics was so sweet and cute.

A ​Court of Silver Flames by Sarah J Maas

Nesta Archeron has always been prickly-proud, swift to anger, and slow to forgive. And ever since being forced into the Cauldron and becoming High Fae against her will, she’s struggled to find a place for herself within the strange, deadly world she inhabits. Worse, she can’t seem to move past the horrors of the war with Hybern and all she lost in it.

The one person who ignites her temper more than any other is Cassian, the battle-scarred warrior whose position in Rhysand and Feyre’s Night Court keeps him constantly in Nesta’s orbit. But her temper isn’t the only thing Cassian ignites. The fire between them is undeniable, and only burns hotter as they are forced into close quarters with each other.

Meanwhile, the treacherous human queens who returned to the Continent during the last war have forged a dangerous new alliance, threatening the fragile peace that has settled over the realms. And the key to halting them might very well rely on Cassian and Nesta facing their haunting pasts.

Against the sweeping backdrop of a world seared by war and plagued with uncertainty, Nesta and Cassian battle monsters from within and without as they search for acceptance-and healing-in each other’s arms.

Wicked All Night by Jeaniene Frost

Set in the Night Huntress World, ancient deities are poised to wreck havoc, unless vampires Veritas and Ian can stop them!

A gift from the gods…

Veritas and Ian have finally defeated their worst enemy, but the power it took to pierce through to the netherworld has unexpected consequences. Soon, Veritas is forced to rely on the last person she trusts—a golden deity named Phanes, who seeks far more than a temporary alliance with the beautiful vampire.

But an escape from the netherworld soon pits Veritas and Ian against supernatural beings seeking to rule over mortals once again.  Now, they must rally friends and foes alike—if the vampire council doesn’t execute Veritas first. Plus, a wedge between Veritas and Ian threatens to destroy their love. Can they stand together against the unearthly powers about to be unleashed? Or does their love—and humanity—not stand a chance?

In Love & Pajamas: A Collection of Comics about Being Yourself Together by Catana Chetwynd

From the author of the #1 New York Times bestseller Snug and the bestselling Little Moments of Love comes an all-new collection, In Love & Pajamas by Catana Chetwynd of Catana Comics!

When you’ve reached that sweatpants-wearing cozy place in your relationship, it’s all In Love & Pajamas!  This brand-new collection of Catana Comics presents some fan favorites and half of the book features never-before-seen comics that delight and amuse readers of all ages.  Wholesome, sweet, feel-good humor!

A Stranger in Town by Kelley Armstrong

In #1 New York Times bestselling author Kelley Armstrong’s next Rockton book, A Stranger in Town, the biggest mystery is the fate of the town itself.

Detective Casey Duncan has noticed fewer and fewer residents coming in to the hidden town of Rockton, and no extensions being granted. Her boyfriend, Sheriff Eric Dalton, presumes it’s the natural flux of things, but Casey’s not so sure. Something bigger is happening in the small town they call home.

When an injured hiker stumbles from the woods, the sole survivor of a hostile attack, it’s all hands on deck. Even a member of the elusive Rockton council comes in to help. This council member also comes bearing news: Rockton is being shut down due to the hostile situation.

Casey and Eric must now race to save the town that has allowed residents to have a fresh start, away from the mistakes of their past, while also getting to the bottom of this latest attack.

The Russian Cage by Charlaine Harris

Picking up right where A Longer Fall left off, this thrilling third installment follows Lizbeth Rose as she takes on one of her most dangerous missions yet: rescuing her estranged partner, Prince Eli, from the Holy Russian Empire. Once in San Diego, Lizbeth is going to have to rely upon her sister Felicia, and her growing Grigori powers to navigate her way through this strange new world of royalty and deception in order to get Eli freed from jail where he’s being held for murder.

Russian Cage continues to ramp up the momentum with more of everything Harris’ readers adore her for with romance, intrigue, and a deep dive into the mysterious Holy Russian Empire.

#1 New York Times bestselling author Charlaine Harris (Sookie Stackhouse mysteries and Midnight, Texas trilogy) continues to ramp up the momentum with more of everything Harris’ readers adore her for with romance, intrigue and a deep dive into the mysterious Holy Russian Empire in the much loved Gunnie Rose series.

The Beauty of Being a Beast by Jennifer Estep

Lady Griselle Mottern is cursed. On her sixteenth birthday, an evil wizard transformed Griselle into a wolflike beast because of a past misdeed by one of her ancestors. Now, with her twenty-first birthday approaching, Griselle has only a few days left to make a boy fall in love with her, or the curse will become permanent, and she will forever be a beast.

But breaking the curse isn’t Griselle’s only problem. An evil is lurking in the forest, one that is creeping closer and closer to her castle. Griselle will have to summon all her beastly strength to defeat this evil, even if it means dooming herself forever . . .

The Iron Raven by Julie Kagawa

You may have heard of me…

Robin Goodfellow. Puck. Prankster, joker, raven, fool… King Oberon’s right-hand jester from A Midsummer Night’s Dream. The legends are many, but the truth will now be known as never before, as Puck finally tells his own story and faces a threat to the lands of Faery and the human world unlike any before.

With the Iron Queen Meghan Chase and her prince consort, Puck’s longtime rival Ash, and allies old and new by his side, Puck begins a fantastical and dangerous adventure not to be missed or forgotten.

The Gilded Ones by Namina Forna

The start of a bold and immersive West African-inspired, feminist fantasy series for fans of Children of Blood and Bone and Black Panther. In this world, girls are outcasts by blood and warriors by choice.

Sixteen-year-old Deka lives in fear and anticipation of the blood ceremony that will determine whether she will become a member of her village. Already different from everyone else because of her unnatural intuition, Deka prays for red blood so she can finally feel like she belongs.

But on the day of the ceremony, her blood runs gold, the color of impurity–and Deka knows she will face a consequence worse than death.

Then a mysterious woman comes to her with a choice: stay in the village and submit to her fate, or leave to fight for the emperor in an army of girls just like her. They are called alaki–near-immortals with rare gifts. And they are the only ones who can stop the empire’s greatest threat.

Knowing the dangers that lie ahead yet yearning for acceptance, Deka decides to leave the only life she’s ever known. But as she journeys to the capital to train for the biggest battle of her life, she will discover that the great walled city holds many surprises. Nothing and no one are quite what they seem to be–not even Deka herself.

The Witch’s Heart by Genevieve Gornichec

When a banished witch falls in love with the legendary trickster Loki, she risks the wrath of the gods in this moving, subversive debut novel that reimagines Norse mythology.

Angrboda’s story begins where most witches’ tales end: with a burning. A punishment from Odin for refusing to provide him with knowledge of the future, the fire leaves Angrboda injured and powerless, and she flees into the farthest reaches of a remote forest. There she is found by a man who reveals himself to be Loki, and her initial distrust of him transforms into a deep and abiding love.

Their union produces three unusual children, each with a secret destiny, who Angrboda is keen to raise at the edge of the world, safely hidden from Odin’s all-seeing eye. But as Angrboda slowly recovers her prophetic powers, she learns that her blissful life—and possibly all of existence—is in danger.

With help from the fierce huntress Skadi, with whom she shares a growing bond, Angrboda must choose whether she’ll accept the fate that she’s foreseen for her beloved family…or rise to remake their future. From the most ancient of tales this novel forges a story of love, loss, and hope for the modern age.

The Four Winds by Kristen Hannah

From the #1 New York Times bestselling author of The Nightingale and The Great Alone comes an epic novel of love and heroism and hope, set against the backdrop of one of America’s most defining eras—the Great Depression.

Texas, 1934. Millions are out of work and a drought has broken the Great Plains. Farmers are fighting to keep their land and their livelihoods as the crops are failing, the water is drying up, and dust threatens to bury them all. One of the darkest periods of the Great Depression, the Dust Bowl era, has arrived with a vengeance.

In this uncertain and dangerous time, Elsa Martinelli—like so many of her neighbors—must make an agonizing choice: fight for the land she loves or go west, to California, in search of a better life. The Four Winds is an indelible portrait of America and the American Dream, as seen through the eyes of one indomitable woman whose courage and sacrifice will come to define a generation.

What new releases are you excited for this month?

Where to Find Me

Processing…
Success! You're on the list.
Whoops! There was an error and we couldn't process your subscription. Please reload the page and try again.

Welcome to my blog where I share templates and printable’s for journaling/scrapbooking,  tutorials, vlogs and book reviews.
I love all things homely and vintage so you will see lots of domestic cooking, crafting and tranquility.
Visit my YouTube channel for more. 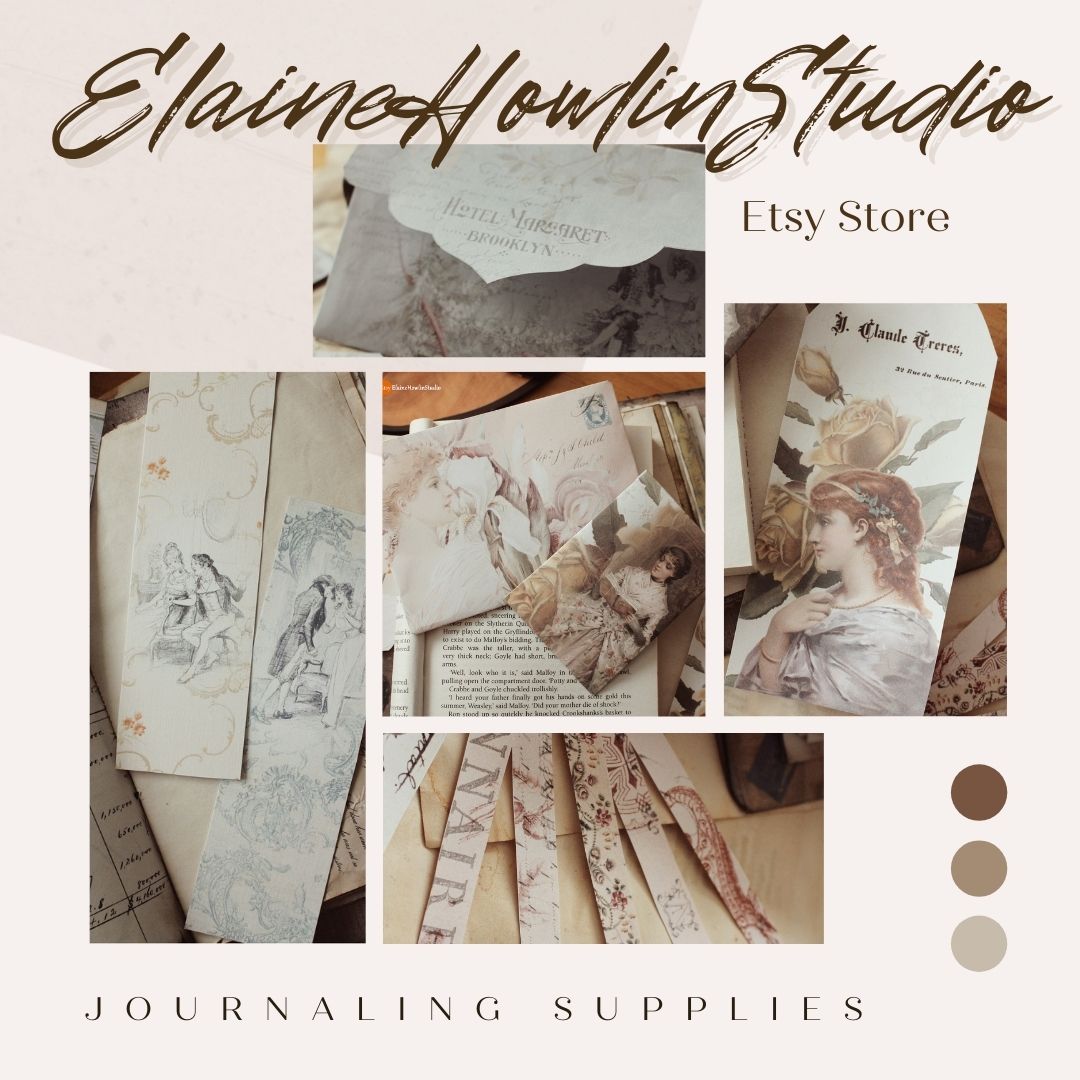 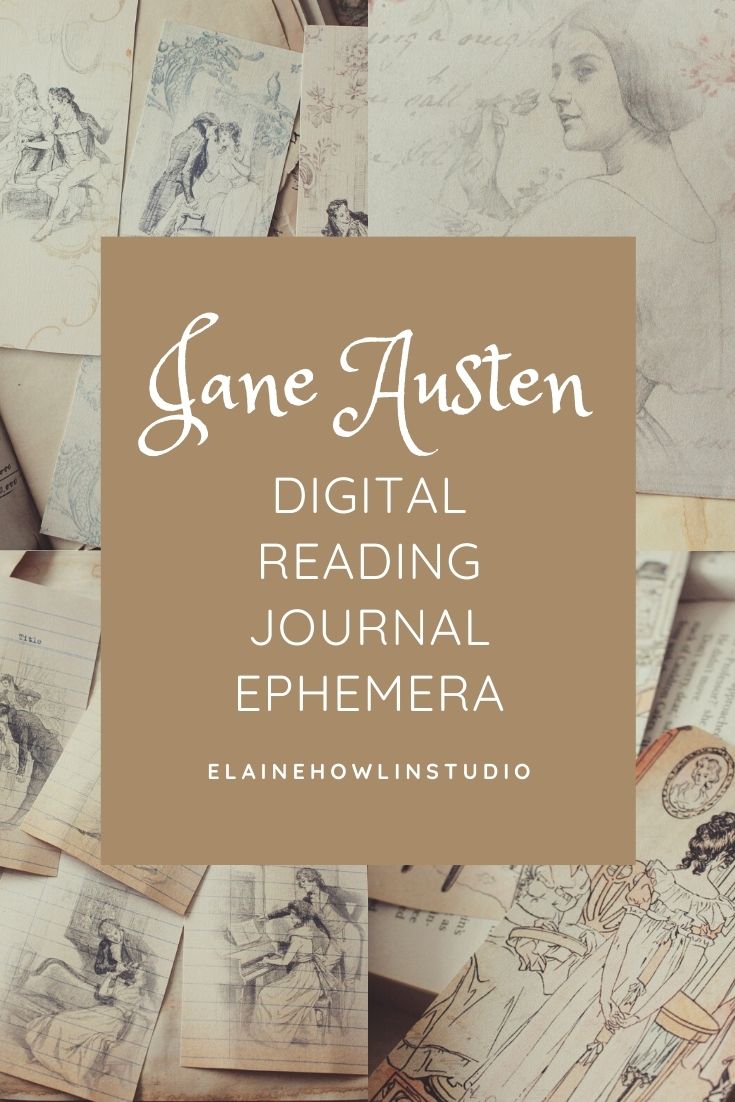